What happens when class size reduction is implemented to scale?

Why is this question important? Billions of dollars are spent each year to fund smaller class sizes with the expectation that this will improve student achievement. The data suggests that this investment may not have had a large impact on California students' learning. 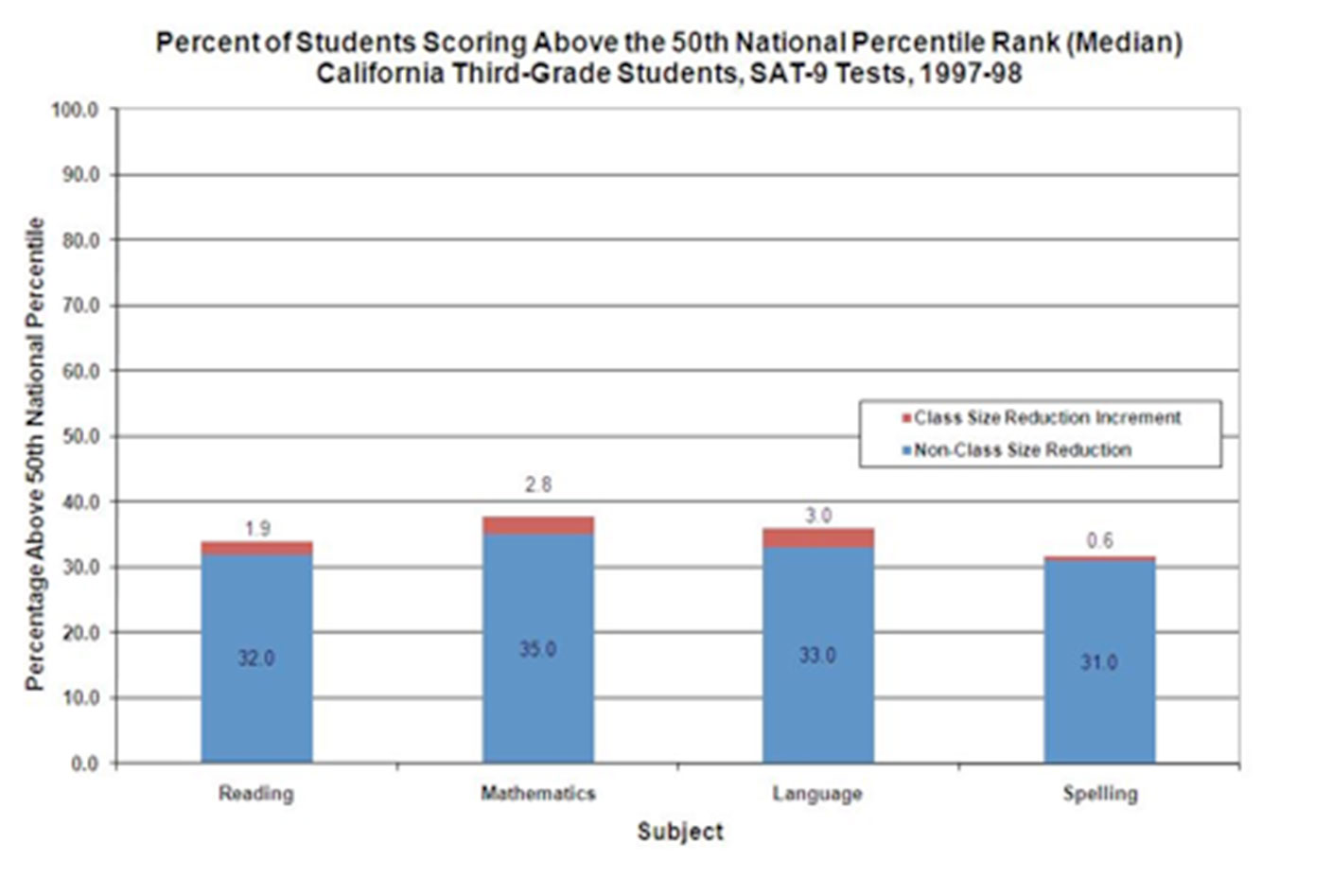 Results: While California students' test scores generally improved during the period when class sizes were reduced, only a small improvement can be attributed to reduced class size. California's implementation of class size reduction did not mirror that of the Tennessee STAR Project. In California the achievement gains of students were minimal, improvement for low socio-economic status (SES) students did not occur as anticipated, and the costs of implementation had a major impact on the state's education budget.

Implications: This data suggests obtaining increased student achievement through smaller classes may be much more complex than initially predicted.
Research-to-practice: (1) The effect size achieved in the STAR Project was notable, ranging from 0.17 to 0.34 in the early grades. California's implementation of class size reduction occurred quickly, without the forethought that may have been required, and was accomplished on an extraordinary scale. It was reasonable to anticipate a certain reduction in effect due to the less than systematic manner in which class size reduction was implemented. (2) California deviated from the STAR Project intervention when it established a classroom size of 20 students. STAR Project results were achieved through a classroom ratio of 13 to 17 students. There is no agreement as to the optimal class size. The STAR Project identified that positive results begin to decline for class sizes greater than 17. Other studies suggest that the greatest gains occur as class size is decreased to 15 or lower.
Implementation: There are serious issues in the implementation of any intervention. It has been said that "Implementation is where great ideas go to die." The scale of California's experiment in class size reduction was unprecedented. The logistics alone had the potential to derail the plan. In hindsight it is clear that California was unprepared for such a monumental re-engineering of the education system. (1) The state did not provide for the increase in qualified personnel needed to fill the many new teacher openings required of the change in ratios. (2) The state did not provide for the impact on facilities from the increase in the classrooms needed as a result of reducing class sizes.
Cost: The initial price tag to the state of California was approximately $1 billion, and the cost rose in the second year to over $1.6 billion. This expense did not include other substantial outlays by districts that were not reimbursed by the state. Under any analysis, class size reduction is a very expensive proposition.
Lessons learned: (1) Make sure that the benefits anticipated from an intervention are worth the time, money, and effort that will be required to implement the change. (2) Before taking a major intervention to scale, invest in an analysis of potential obstacles or complications hindering implementation. (3) Do not inflate potential results. Ensure that effectiveness studies have been conducted and that the conditions under which the intervention works are well understood.

Study Description: The Class Size Reduction (CSR) Research Consortium was contracted by the California Department of Education to evaluate the implementation and impact of California's The Consortium reduction initiative that began in July 1996. The study concluded in September 2002. Reduced-size classes were defined to be fewer than 20 students, whereas non-reduced classes averaged 29 students. CSR collected data from California schools and evaluated how reduced-size classes affected many aspects of the education system in California. The Stanford Achievement Test, version 9 (SAT-9) results were used to evaluate student performance in various subjects. A good deal of effort was spent separating the effects of several other changes in California's education implementation during the same period from those of the class size reduction.