What is the impact of school closure on student achievement?

Why is this question important? Of all the school turnaround strategies, school closure may be the most challenging and controversial choice available to reformers. Many educators consider it the "nuclear option" for poorly performing schools, and thus it is the least commonly employed route (Stuit, 2010). Given the trauma a community experiences when a school closes, it is not surprising that school closure rarely happens. Despite the repercussions, closures do occur. If this option is to be taken seriously as a school reform tool, stakeholders need evidence that such a bold action can potentially improve the educational experience of students who attend a chronically failing school. 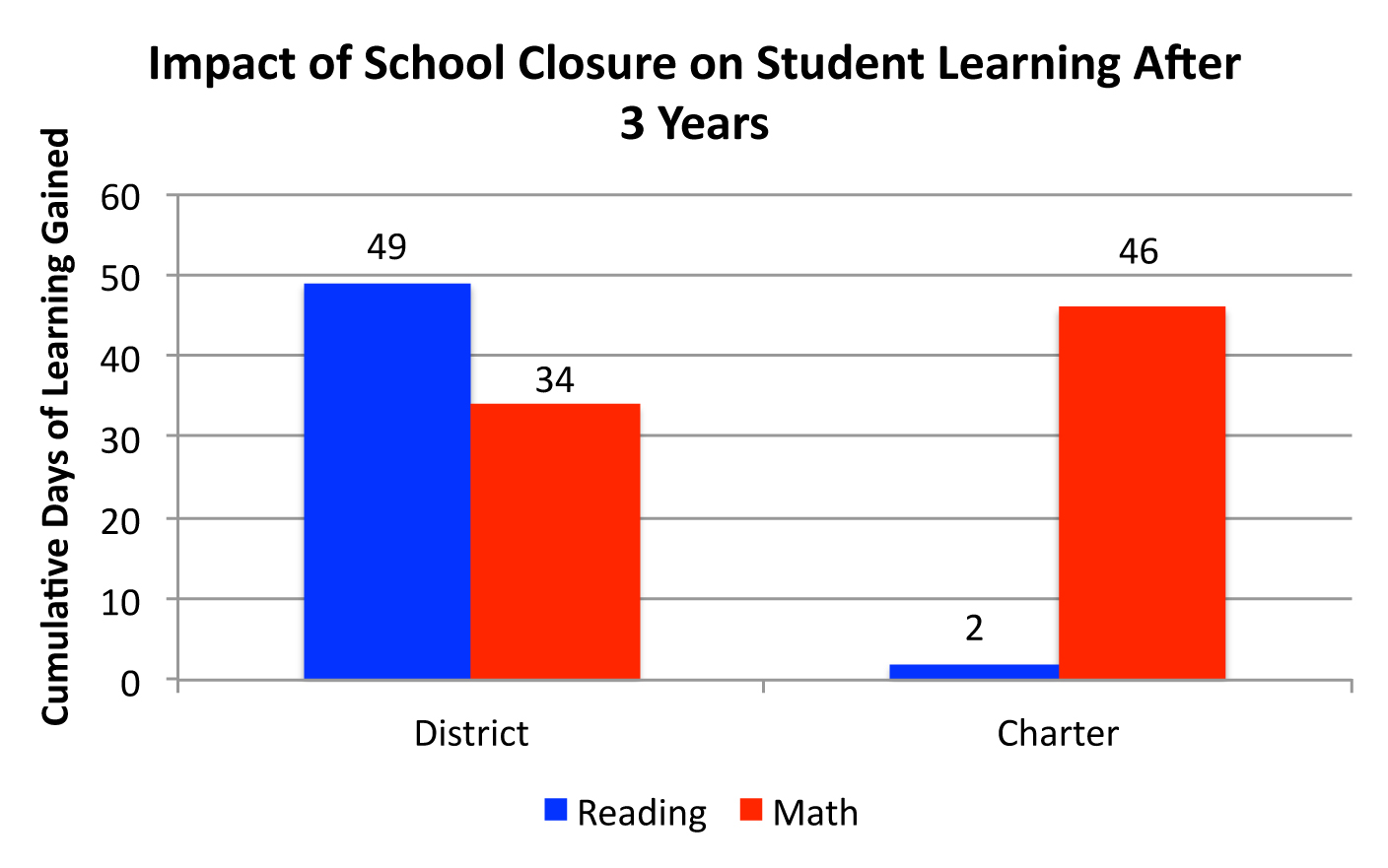 Figure 1: Impact of school closure on student achievement after 3 years. 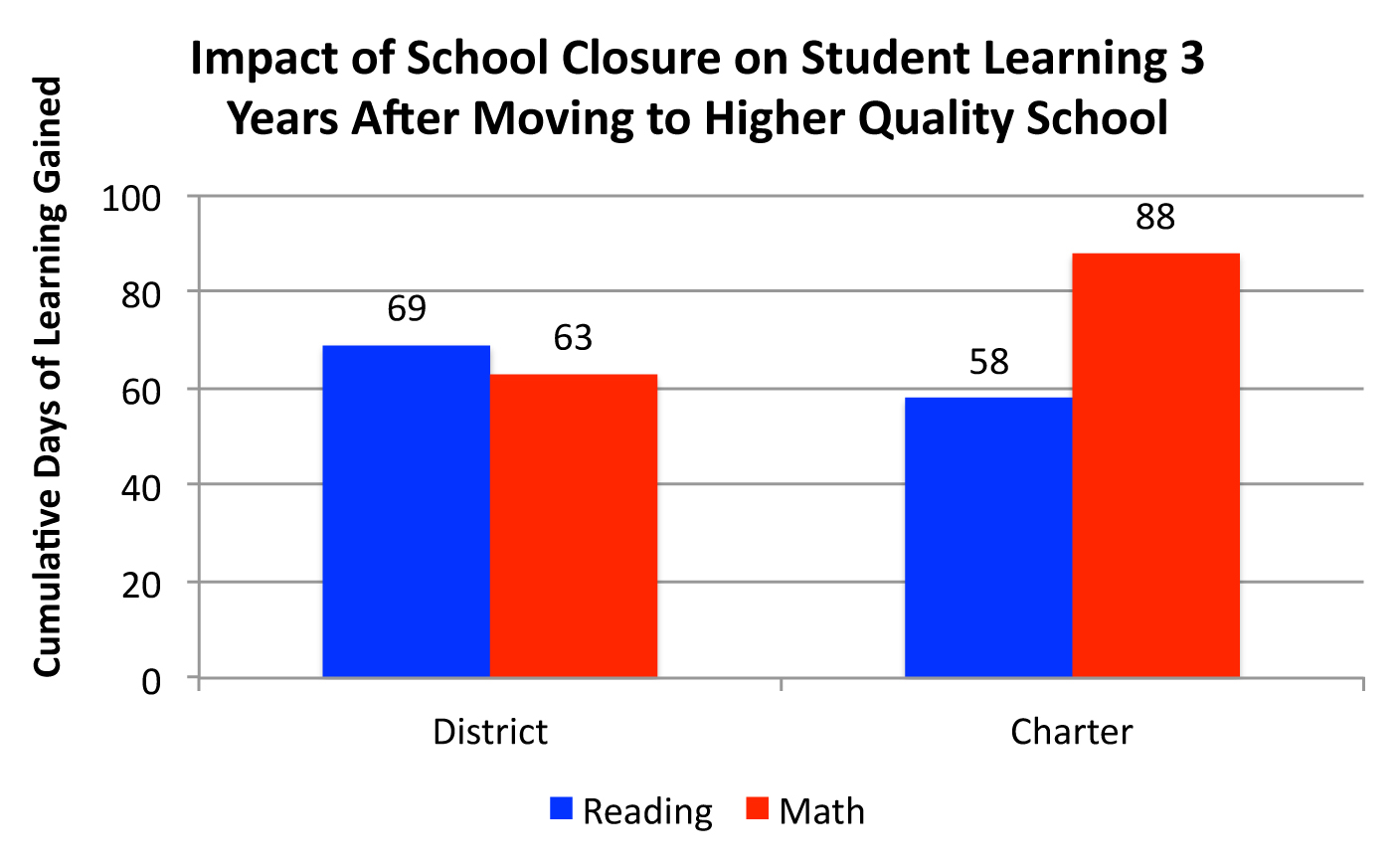 Results: The Carlson and Lavertu (2015) study found that after 3 years students who were placed in better district and charter schools" following school closures showed academic gains (Fig. 1). The study examined in further detail the academic impact of placement in a higher quality school on students displaced by school closure. It found that being in a higher quality school produced socially significant gains for both district and charter school students (Fig. 2). District students gained the equivalent of 69 extra days of reading and 63 extra days of math learning associated with the move. Students in charter schools experienced similar gains, achieving an additional 58 days of reading and 88 days of additional math learning.

Implications: These findings challenge a commonly held belief that all student mobility results in a temporary dip in academic achievement. In the case of school closures examined in the Carlson and Lavertu study, displaced students did not experience adverse academic effects and on average showed increases in performance after placement in quality schools. This is good news for school turnaround efforts as well as for school systems that need to close schools because of declining enrollment.

Study Description: The Carlson and Lavertu study examined the achievement of 22,722 students who attended 198 urban elementary schools in Ohio. The closures included both district and charter schools between 2006 and 2012. The data revealed that closures disproportionately affected lower socio-economic students (SES), low-achieving students, and students of color.

The study used longitudinal data to track student achievement on state exams provided by the Ohio Department of Education. The researchers analyzed standardized test results to determine achievement of students displaced by school closure before and after the closure. The researchers compared the test results of these students with the performance of students from the same urban schools who were untouched by closure. The researchers followed the academic performance of the control group and the displaced students for 3 years after a school closed. The report showed the impact estimates as changes in standard deviation units and then translated the results into equivalent days of learning a student gained or lost in a school year.

Stuit, D. A. (2010). Are bad schools immortal? The scarcity of turnarounds and shutdowns in both charter and district sectors. Washington, DC: Thomas B. Fordham Institute.

* Study from which the graphed data were derived.